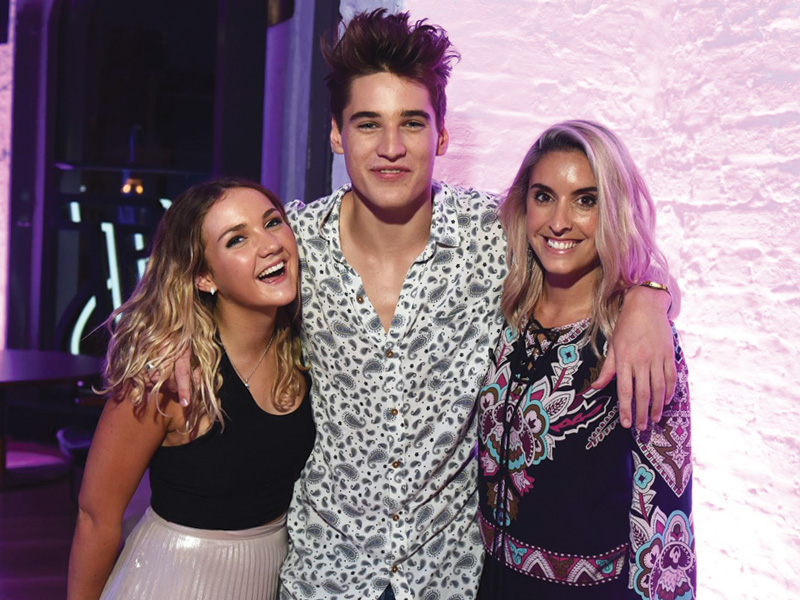 Congratulations to past student Liv Cartledge who won the inaugural 2015 Telstra Road to Discovery in Sydney last night (Dec 1 2015). Liv took out the top honour alongside joint winner Merpire and People’s Choice winner Will Anderson

Now in its 13th year, Telstra Road to Discovery is recognised as a well-established voice in the Australian music industry, providing insights and opportunities for aspiring singer songwriters and music lovers across the country.

Telstra Road to Discovery offers a talent development program that connects emerging singer songwriters with some of the most influential figures in the music industry.

The final group was made up of six incredibly talented, unique emerging Australian artists, include a mix of alt-folk, indie, alt-country, pop and Americana genres.

Liv was selected to be part of the final six from a large pool of emerging artists after being shortlisted to attend a Telstra Road Boot Camp, which involved several Master Class’s during October.

The Boot Camp was led by talented Australian singer and host Ella Hooper, and was also joined by the likes of influential industry names including Seth Sentry, Elizabeth Rose, Alpine’s Phoebe Baker and Christian O’Brien, Jonathan Notley of Bliss N Eso, industry great Claire Collins of Bossy Music to give emerging Aussie musos the advice they need to kick-start their music career.

As a student at Galen, Liv was contacted by commercial Australian TV producers to audition for their shows. While this could have been tempting at the time, Liv chose to turn down these offers as she preferred to develop as an artist and be true to her own style, without the pressure of conforming.

Telstra Road gives artists the flexibility to achieve their goals their way. Alongside a $15,000 development grant, Liv will be given an all-expenses paid trip to the USA, local gigs, ongoing education and the opportunity to work with industry insiders to pursue her music goals.

The Galen community is very pleased that Liv truly is “chasing the dream”.

To listen to Liv speak about her experience, simply click on her profile at this link: Telstra Road to Discovery