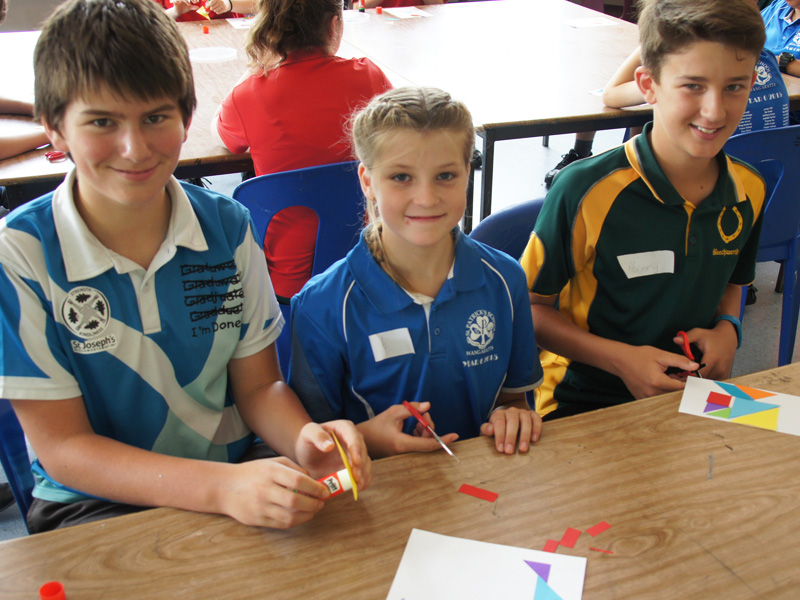 What a happy, excited, enthusiastic and very willing group of new Galen students we saw at Galen Catholic College on Tuesday!

As I circulated amongst the young students as they sat in the Galen Auditorium before the day got properly under way, they expressed a mixture of anticipation, nervousness and expectation. But they were unanimous in saying how excited they were to be here.

Throughout the day, we had trails of students exploring their soon-to-be new school environment – they discovered the Science labs, the library, the downball courts, the front office, the art rooms, the Hospitality centre and Food Tech kitchen, the Italian and Indonesian rooms, the design technology workshops, the Music centre, the Media centre, the stadium and the vast grounds.

This may have been the official Orientation Day, but it was actually one in a series of several days over the past 6 months that have helped the Grade 6 students become familiar with the layout and the people here at Galen.

For these young people, coming to Galen represents a major milestone in their life’s journey. They leave the safe cocoon of the primary school they have known for the past 7 years and into the environment that will lead them through their teenage years and prepare them for their entry into adulthood.

The transition into secondary school is a rite of passage. The careful way in which each individual is welcomed into our community, the excitement and life-skill of learning how to adjust to new surroundings and the resilience this helps to build, and the comfort that comes right from the start knowing they have an adult assigned to their care in the form their homeroom teacher – all these things were evident in the experiences of the children last Tuesday.

As they students left for home at the end of the day, it was obvious that this day was a real highlight for them. New friendships had started, new subjects and new skills were experienced for the first time, and one more step was completed in becoming the next generation of students who will be Proud to be Galen.