Delany House was named after our patron Bishop Daniel Delany, who was born in 1747 in Ireland. His family were firm Catholics and they passed on to Daniel the truths of the faith, the richness of his land’s traditions, and a deep thirst for knowledge. Daniel studied to become a priest, in a time when priests were outlawed. Once ordained he set about providing education to people from all walks of life, “rich and poor alike”. To provide this opportunity for education to more people Daniel sought out the assistance of young men and women who were willing to create and run schools, as a result of this he founded the Brigidine Sisters in 1807 and the Patrician Brothers in 1808. The Brigidine Sisters would later go on to become co-founders of Galen.

Daniel fought for many years to free people and to release their hidden potential which slowly brought about new life and new possibilities, and this is something we hope to do for you throughout your time at Galen.

Being resilient when challenged, valuing education and faith, chasing your dreams and doing everything with a spirit of love are all key qualities of Bishop Delany that all members of the Delany House will strive to uphold at Galen.

Daniel Delany portrays many qualities which I hope will act as an inspiration for our House.

I will leave you with a quote from our House Patron Bishop Daniel Delany.

“By performing the ordinary duties of your day well you will perfect yourself, and your day will be full of merit and good works.”

We are green in colour, which represents Ireland, peace, hope and growth. 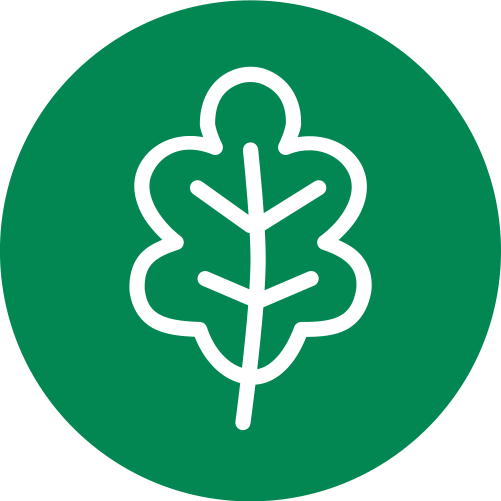 Delany House Symbol: The oak leaf represents the oak sapling from Kildare (‘Cill Dara’ Church of the Oak) that Bishop Daniel Delany planted in the grounds of what is now the Brigidine Convent in Tullow, in order to make the link between Brigid’s monastic foundation at Kildare and the newly re-founded Order of St. Brigid (Brigidines) on 1st February 1807.

Traditionally, the oak was the sacred tree of the Druids and later became associated with the Church. It is one of the longest-living native deciduous trees of Ireland. It is from the sacred oak that ‘Cill Dara’ got its name (Church of the Oak). “From the Acorn to the Oak”.

Yorta Yorta Clan: Kwat Kwat – this clan represents: the Spiritual and education for all.

Born in 1934 on the Cummeragunja Aboriginal Reserve, Hyllus Maris was an activist, an artist, a cultural leader and a philosopher.

Hyllus lived at Cummeragunja with her mother, Geraldine Briggs, her father, Selwyn Briggs and her nine siblings until she was five years old, when her family walked off the reserve in protest over its management. They settled on the outskirts of Mooroopna, in a makeshift settlement known as the Flats due to the exclusion from mainstream society because of their Aboriginality. Hyllus often drew on her experience growing up as an outsider as a catalyst for her activism.

From a young age, Hyllus was an artistic soul and a talented musician. She played guitar and sang at local venues in and around Shepparton. In 1956, she married a Malaysian geologist and adopted the surname Maris. She took a keen interest in Aboriginal affairs and supported her parents’ fight against inequality, becoming a member of the Aborigines Advancement League and regularly attending meetings of the Federal Council for the Advancement of Aborigines and Torres Strait Islanders (FCAATSI). After relocating to Melbourne in 1970, Hyllus became a founding member and liaison officer for the National Council of Aborigal and Islander Women. She undertook various acts of community service within this role, including; visiting incarcerated Aboriginal people whom she would organise bail and representation in court hearings for; helping set up the Aboriginal Legal Service in 1973;  helping set up the Victorian Aboriginal Health Service; and chairing the Victorian Council for Aboriginal Culture.

In 1977, Hyllus received a scholarship from the Commonwealth Department of Aboriginal Affairs to study social policy and community development in London with the prominent sociologist, Sir Richard Hauser. During her travels, she became convinced of the need for a holistic approach to Aboriginal education. She returned to Australia determined to build a school that would focus on three key areas; wellbeing, education and culture. To achieve this, she established the non-for-profit Green Hills Foundation to raise funds. After intense lobbying, securing a grant from the Victorian Schools Commission and a purchase of land near Diamond Creek, the first independent Aboriginal school in Victoria opened its doors.

Worawa (meaning ‘eagle) Aboriginal College officially opened in 1983. Extensive consultation went into developing a curriculum that balanced Aboriginal culture with the very best of western education. Scholarships were offered to ensure the widest range of Aboriginal students could attend.

Hyllus believed the future to be in the hands of the young, much like Bishop Daniel Delany. This is why we have chosen her to be Delany’s prominent Yorta Yorta person.

The Foundation supports the extra costs associated with schooling for Aboriginal students around Victoria.

The Foundation is Aboriginal led and listens to the diverse needs of Victorian Aboriginal families.

Dear Lord,
We pray that you give us faith, courage, and dedication,
Encourage us to welcome and live together in peace and charity,
Help us to spread the spirit of kindness to our families, our friends, and to the stranger.
Guide us to be resilient when challenged,
And let us be grateful for the education we have been gifted with;
To do ordinary things extra-ordinarily well,
And do everything with the spirit of love in the footsteps of Bishop Daniel Delany.
Amen