32 teams from VIC, NSW & the ACT came along to battle it out for a chance to represent Australia at the World Championships in Kentucky USA.

There was an electric buzz about the Galen Stadium as the teams were working on their robots, about 200 students, 50 teachers and family members and another 100 visitors to find out what it was all about. 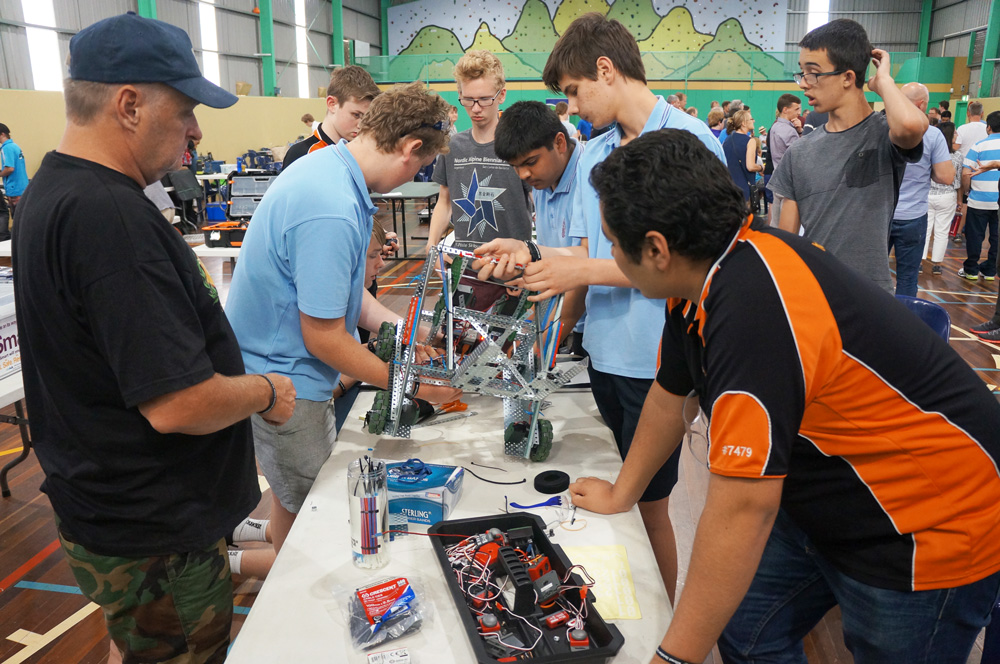 The VEX Robotics Comp is not only about design thinking, programming and building robots but more importantly it is about cooperation and teamwork skills. These are put to the test as each team gets randomly drawn to form an alliance with another team. The two teams work together as an alliance to throw stars and cubes over a fence, against another two teams who are throwing them back over.

It was great to see how the teams worked together. Our Galen students found the more they strategised with their alliance partner before a game the more chance they had of winning. They really enjoyed the way the teams worked together. In one match our Robot was flipped and was stuck and couldn’t right itself. Our alliance team at the time, stopped what they were doing and used their robot to flip ours back on its wheels. Its this sort of collaboration that was seen by many teams on the day.

In the final rounds all teams are lined up in order of ranking points (points they collected during each match). The top 4 teams get to choose who they want to take as alliance partners into the finals. 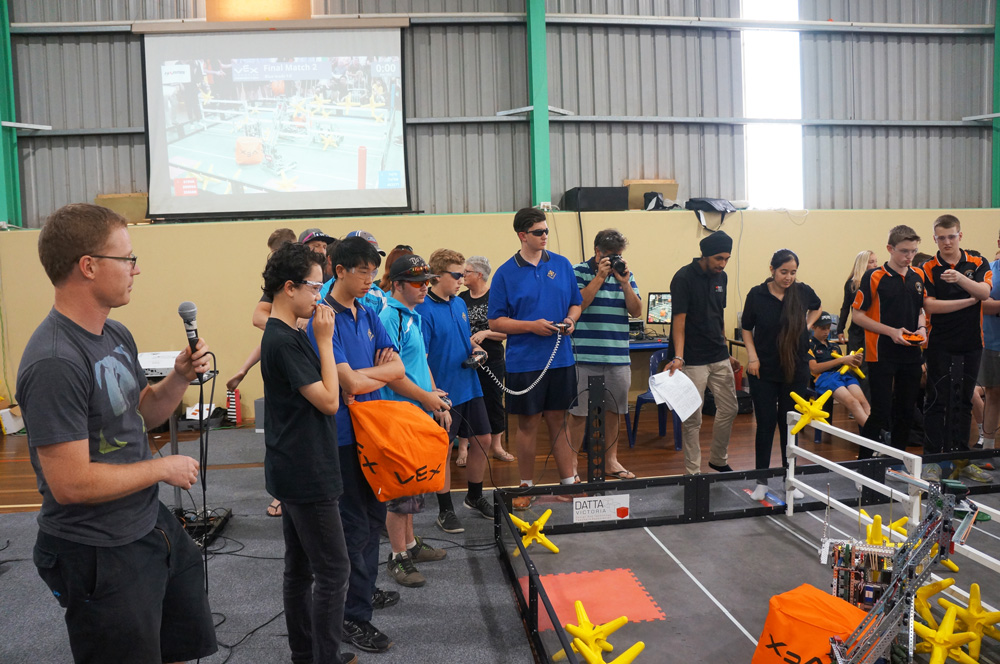 No-one could have imagined both Galen and Borinya being in the Grand final of the Australian Championships – whoever the winner was it was a big win for Wangaratta.

It was the best of three rounds and it went the whole three rounds, and the judges deliberated for quite a while, and finally it was announced that the Hillcrest/Galen alliance won.

This meant that Hillcrest became the number 1 team of the event and will now be heading off to the world champs in Kentucky USA. The Galen Team can be proud of the fact they they were chosen as their alliance partners and helped them get over the line.

You couldn’t have asked for such a dream end to a fantastic day.

Charlie McGrath, a Year 9 VEX Team Member stated, “On the day I was very nervous about the Comp. I didn’t think we had even a slight chance of winning. We learnt to work together, especially under pressure. I hope that next year we will be able to compete again with more equipment. This has opened my eyes about having a career in this field when I’m older.”

Lachlan Carboon (Year 8) added, “It was exciting to see what the other teams had built and it was good to test our robot against the others. I definitely want to do something with robotics for a career in the future.”

Nathan Chadban (Year 9) helped to support the team on the day. “Every member of Galen’s VEX Robotics team clearly had a great time, not only on competition day, but the enjoyment and effort they all put into the building and planning stages was also evident. They worked as a team to win against schools with far more experience than they had, and it was clear they learnt a lot about robotics and teamwork during the event.”