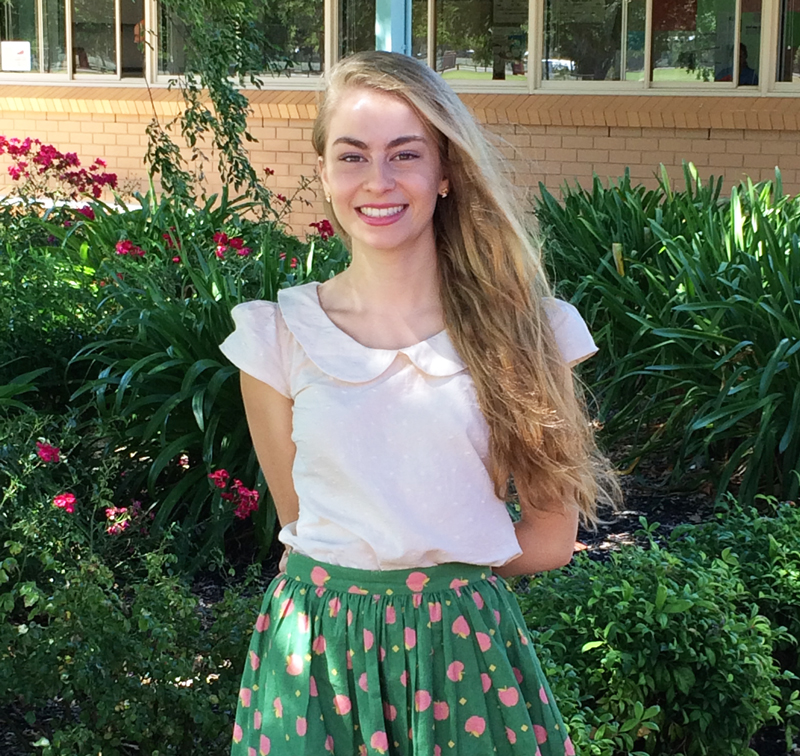 Galen Catholic College 2014 graduate Ruby Gardner-Russell was ecstatic when she recently found out that her work had been accepted for the prestigious Top Designs exhibition as part of the VCE Season of Excellence in Melbourne.

Ruby’s highly skilled design titled ‘Ruby’s Resin’ consisted of contemporary resin based jewellery pieces including a necklace and bracelets. The work was completed in the VCE Product Design & Technology class she studied during 2014. “Students were required to create a fictitious design brief, source real quotes for their proposed project and follow that through to the completion of final works,” said Ruby’s teacher Mrs Deb Doyle. 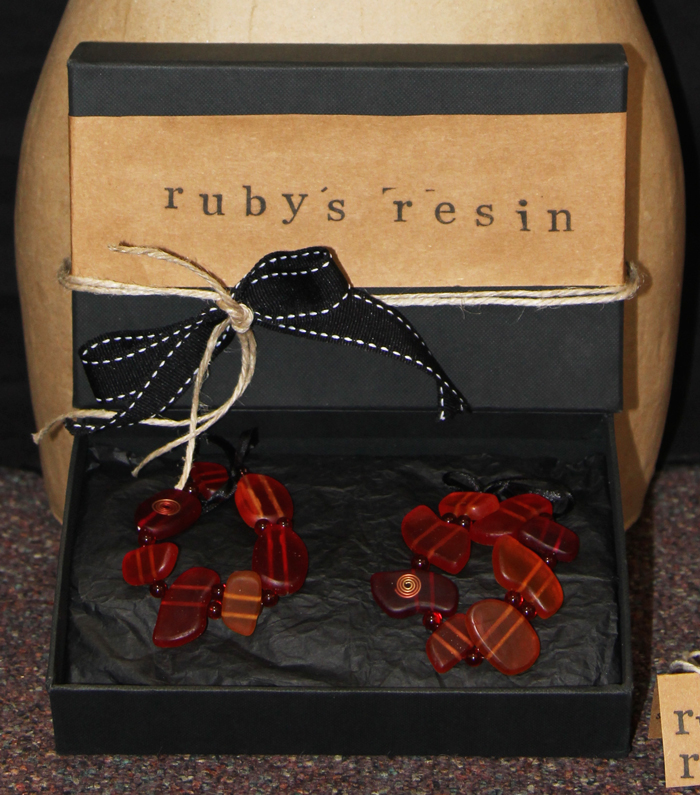 “I first taught Ruby when she was in Year 8 and she has always been a very creative and conscientious student. I’m so proud of her achievement, it’s certainly well-deserved.”

Ruby explained that at the beginning of last year one of her goals was to get into Top Designs, “but I can’t believe that I’ve actually made it. I certainly didn’t expect it,” said Ruby. 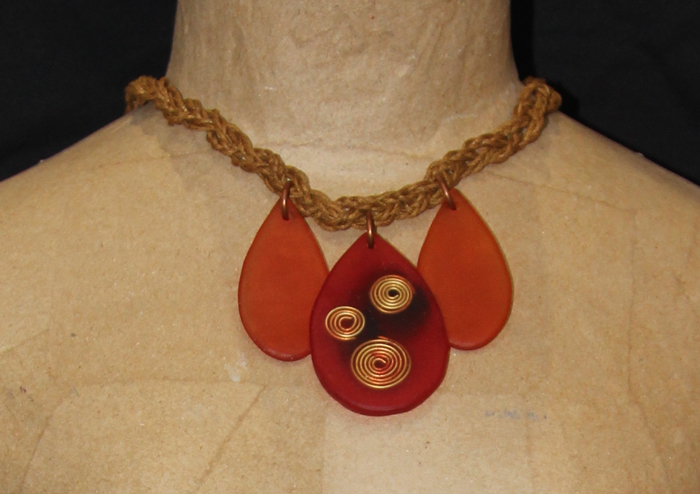 Ruby is currently taking a gap year to work, but will be resuming study at RMIT in 2016. “I’ve been accepted in the Fine Arts course where I’ll be majoring in Gold & Silversmithing and Ceramics”, explained Ruby. “I’m really looking forward to getting started as the course is exactly what I want to be doing.”

Year 12 Visual Communication Design teacher Mal Webster was also very proud that 2014 graduate Callum Saxby was shortlisted for the exhibition. “Even getting shortlisted for Top Designs is an achievement in itself,” said Mal. “I’m really pleased that Callum is going on to pursue further study at the Academy of Design next year. I have no doubt that both Callum and Ruby will have rewarding careers ahead.”

The Top Designs exhibition is open from the 21st March – 12th July at Melbourne Museum.