Galen’s new Year 7 students and returning Year 8s were wowed by the college’s new facilities as they walked into school this morning. With the $5.5 million building works now ready for their use, staff were extremely excited to begin teaching in the new contemporary learning spaces. 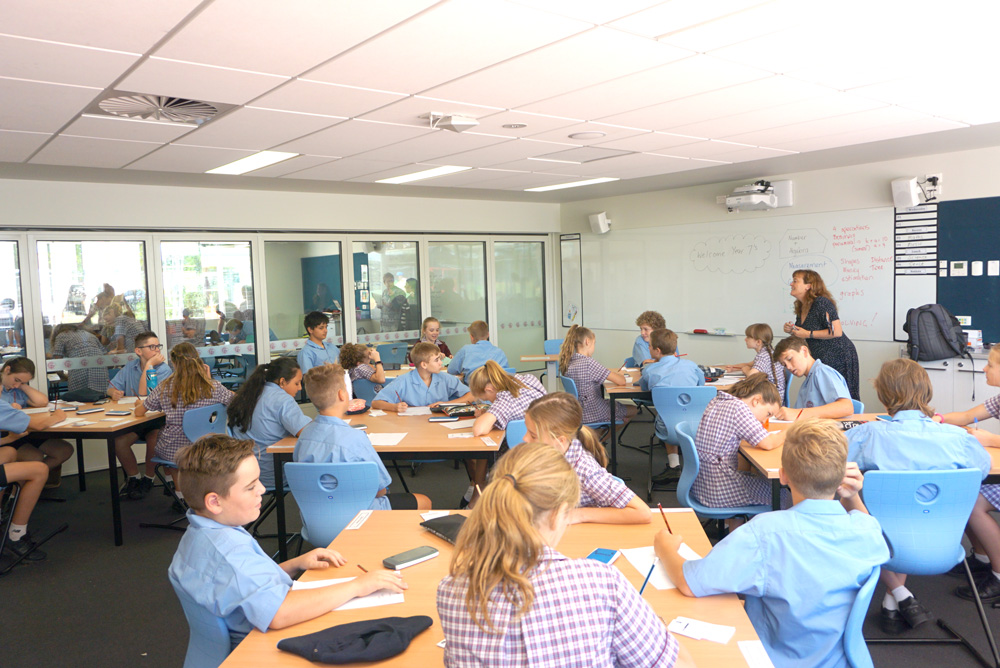 Galen’s 413 year 7 and 8 students will be the first to utilise the recently completed junior school, developed in the former senior area on Phillipson Street, while a new resource centre, wellbeing area and chapel will benefit the school’s entire population.

“It’s not just the new rooms, but the reconfiguration of landscaping, and we are expecting lots of ‘wows’ from staff and students when they return, with so many new facilities,” Galen principal Bernard Neal said.

Head of junior school Wendy Chuck said the new junior area followed the model of flexible learning, with breakout spaces, tiered seating, and rooms that could be rearranged to suit class needs.

“Once upon a time, classrooms were a box, and every box looked the same; now classrooms are made to fit the work you are going to do,” she said.