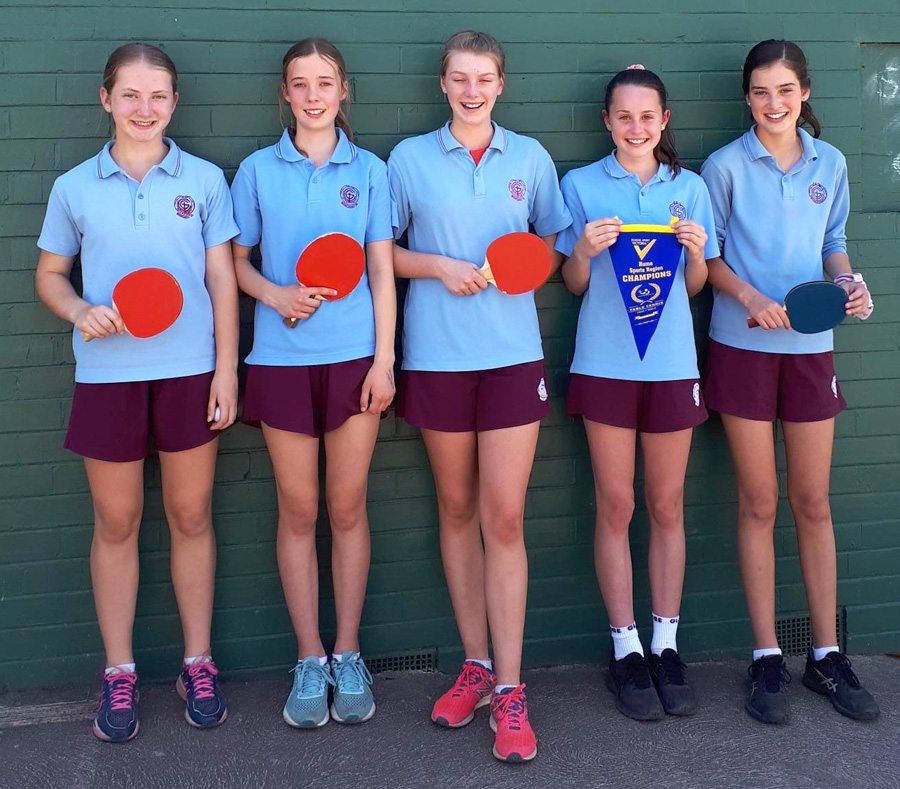 On the 29th of October Year 7 girls comprising Jasmine Scott, Ruby Rigoni, Hannah Gillies, Ruby Cook and Holly Vincent competed in the Hume table tennis championships in Wangaratta.  The girls played extremely well winning all of their 3 matches convincingly without dropping a set.  The girls were very happy with their end result finishing 1st which makes them go through State Championships to be held on Wednesday 21st of November in Melbourne at MSAC. All girls are very excited to be competing at State level in the next couple of weeks. Thanks to Mr Burt for taking us down to compete. 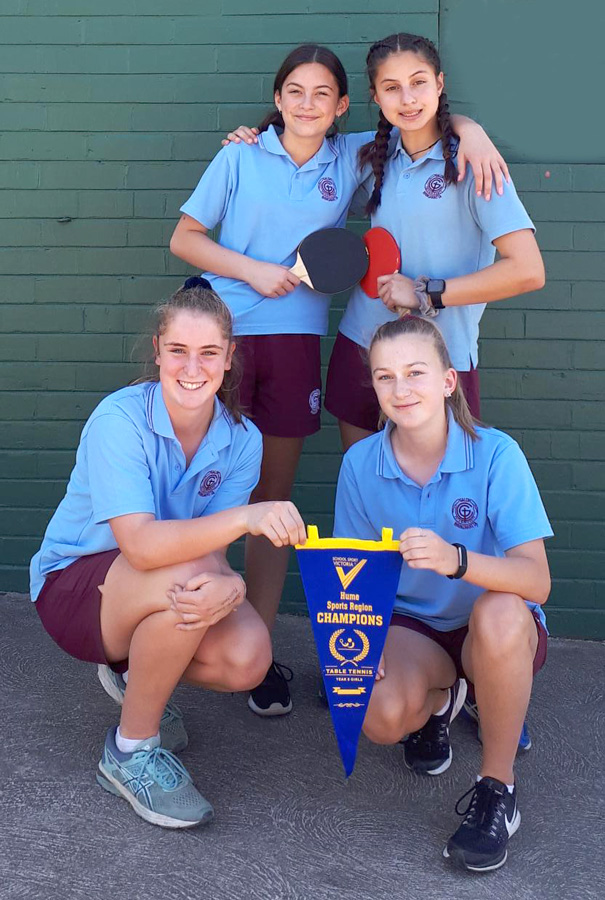 On Tuesday the 30th Beth Cope, Yasmine Budic, Hannah Snowdon and Emma Hughes participated in the Hume regional finals for Table Tennis. As a team, we played extremely well winning all of our matches, which helped us make it to the state championships. We played against three other schools; Wangaratta High School, Yarrawonga High School and Alexandra High School.  All four schools played very well and we all had lots of fun.

By Beth and Hannah 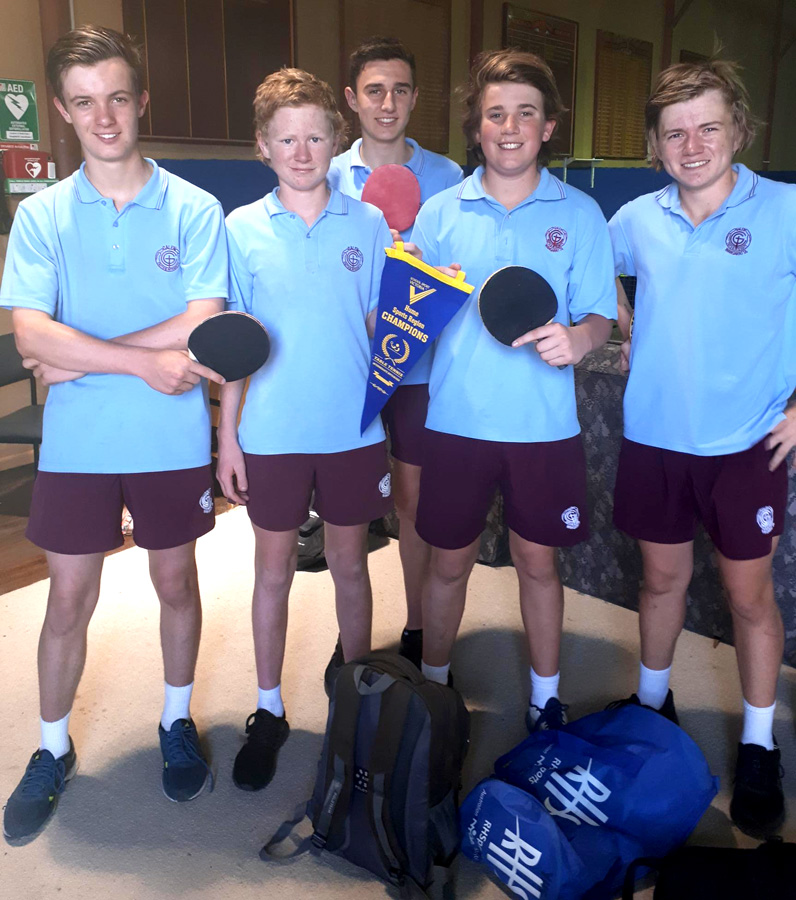 On the 1st of November five year nine Table Tennis Players including Joe Allen, Rhys Rigoni, Fraser Holland- Dean, Alex McCarthy and Thomas Johnstone made their way to the Wangaratta Table Tennis association for the Upper Hume titles. They started by having a long warm up and Mr. Burt was teaching us boys to serve to their opponent’s weaknesses. The games commenced at 10:30.  When we played the Bright P-12, Joe faced a very good player in the first game and eventually he won three sets to one, then Rhys played against another very good player and he also won three sets to one.  Fraser played and he dominated the opposition by three sets to none, Alex was next to play he also dominated by three sets to none, In the doubles we all won three sets to none winning the match 6 rubbers to 0.

The next game we played Yea and Rhys won easy again along with Tom, Alex and Fraser and won again 6 rubbers to 0. The final game we came up against Notre Dame and we maintained our unbeaten run again although Fraser had a bit of a scare in his game especially in the first set. Overall it was a successful day winning all three games we played.   We all had a great time and can’t wait for the state finals in late November.