Congratulations to the 2018 award recipients!

Photos from both assemblies are included after the list of students and awards below.

Yr 10 &  11 – The Returned Services League Scholarships – The Year 10 & 11 Returned Services League Scholarships are awarded to students whose effort and application in class, positive relationships with staff and peers, considerable contribution to school co-curricular program has been at the forefront of their year at Galen.
Yr 10 Patrick Speed & Peyton Williams
Year 11 Ryan Cole & Samantha Grady

Yr 10 – Zonta Award – Sponsored by the Zonta Club Wangaratta – The Year 10 Zonta Award is presented to a female student whose excellent attendance and punctuality, positive relationships with staff and peers, high academic achievement has been recognised by her teachers.
Kiona Gottshling

2/24th Battalion Citizenship Award – Presented to a Year 11 student  for involvement and contribution to the school and community.
Rachel Fisher

The Year 10 & 11 Social Justice Award is for the student who has participated in promoting social justice within the school and community. They have taken initiatives with social justice, are a leader in social justice and have participated in some form of service to others. This may be through volunteering, or participation in an immersion, etc.
Yr 10 – Tayla Coonan
Yr 11 – Olivia Gamble

Year 10 Male Sports Star Of The Year – Our award winner is the Galen Athletics Carnival Age Champion and represented Galen at the Hume Region in Athletics and played in the Intermediate Boys Cricket team.
Thomas Stewart

Year 10 Female Sports Star Of The Year – This young lady has had a great year of sport representing Galen.She is our Athletics Carnival Age Champion and ran at the state level in Cross Country. She also competed in soccer at the State level.
Meg Allan

Year 11 Male Sports Star Of The Year – This young man represented Galen at the Hume Region in Athletics very successfully and has been a mainstay of the Galen Clay Target shooting Team for a long time.
Ryan Cole

Performing Arts Awards – Sponsored by the Galen Parents Association – This award recognises students who has both participated and excelled in a combination of the following areas, drama and  music classes, College Productions, School liturgies , School choir, the college band, the talent contest  and other related  extra-curricular activities. The winning recipients needs to display sound leadership qualities have an excellent attendance record, punctuality and be able to work co-operatively with their peers and staff.
Yr 10: Jesse Jones & Jasmine Scholz
Yr 11: Sean Watson & Antonia Maher 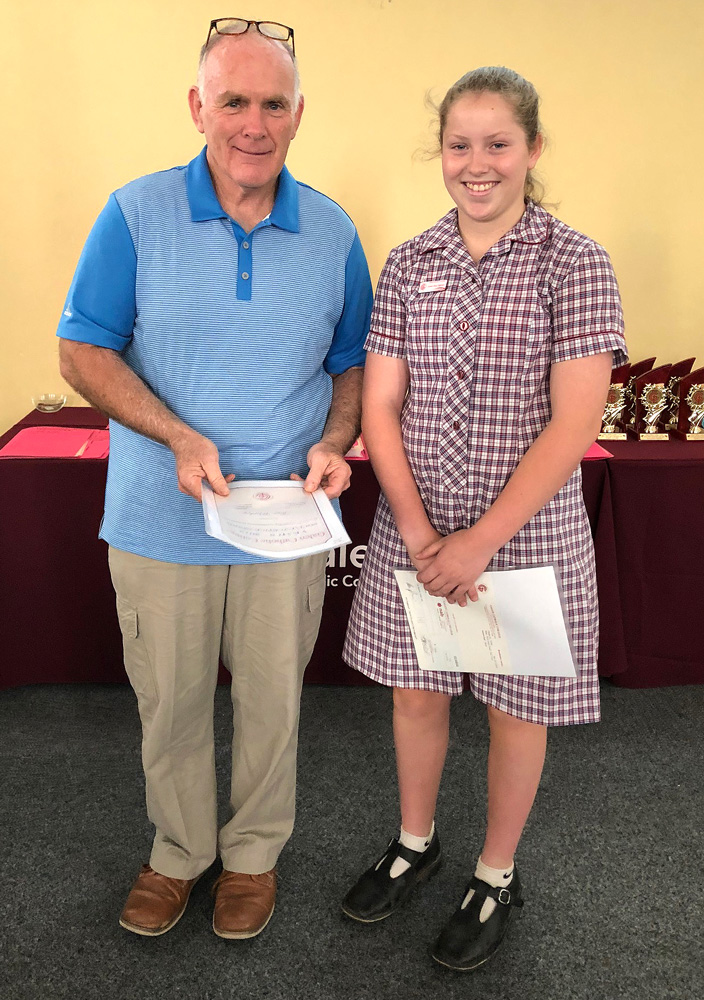 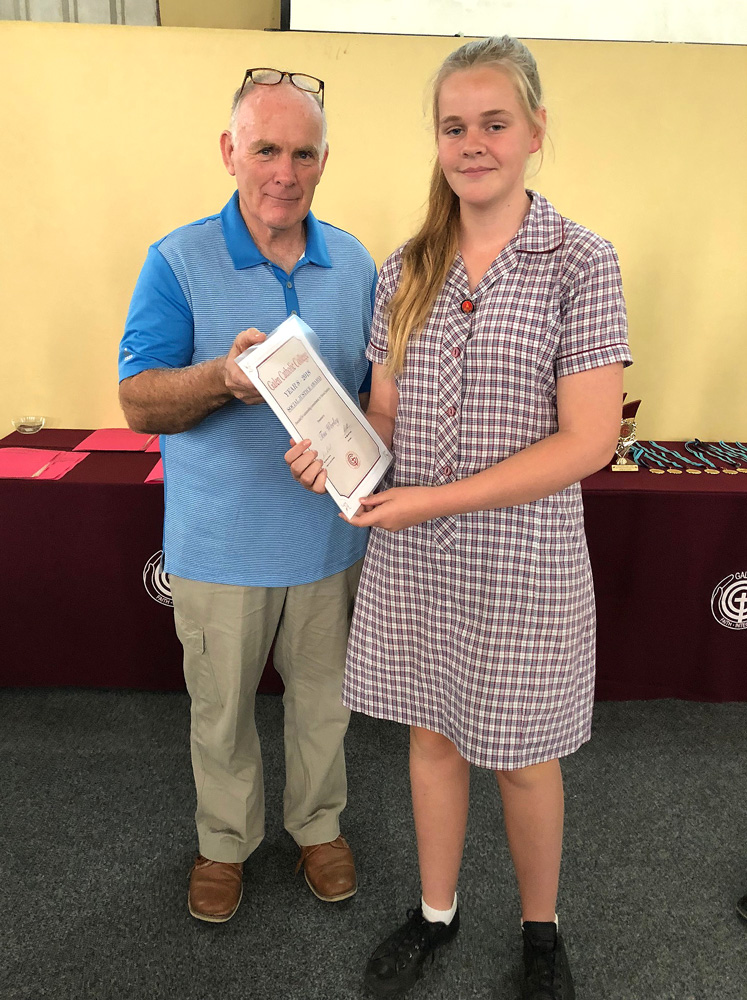 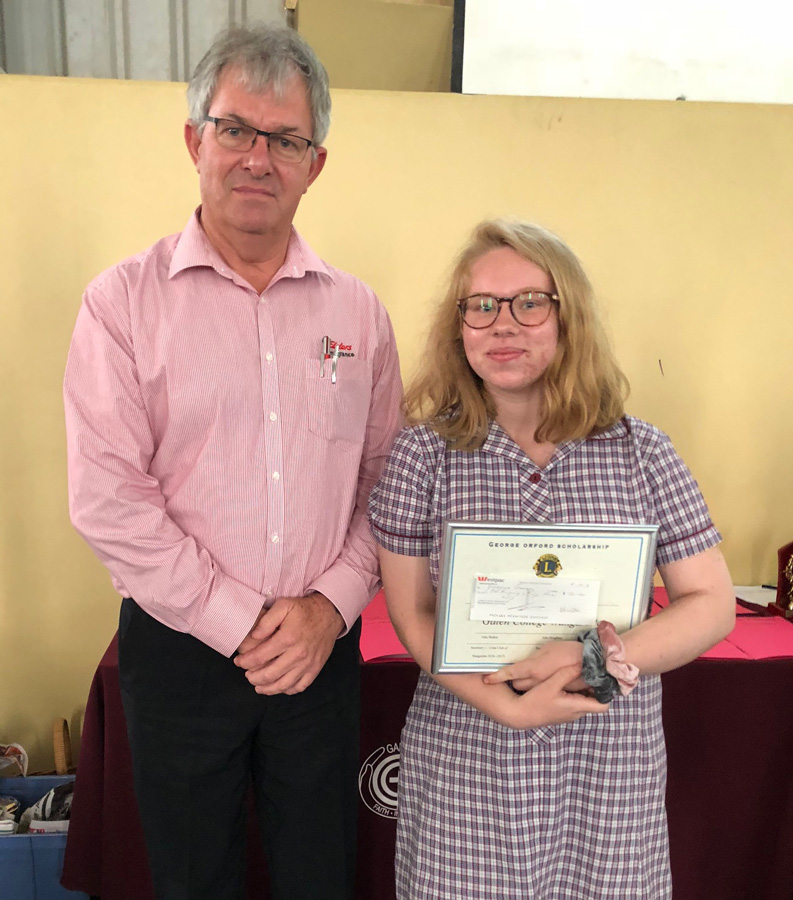 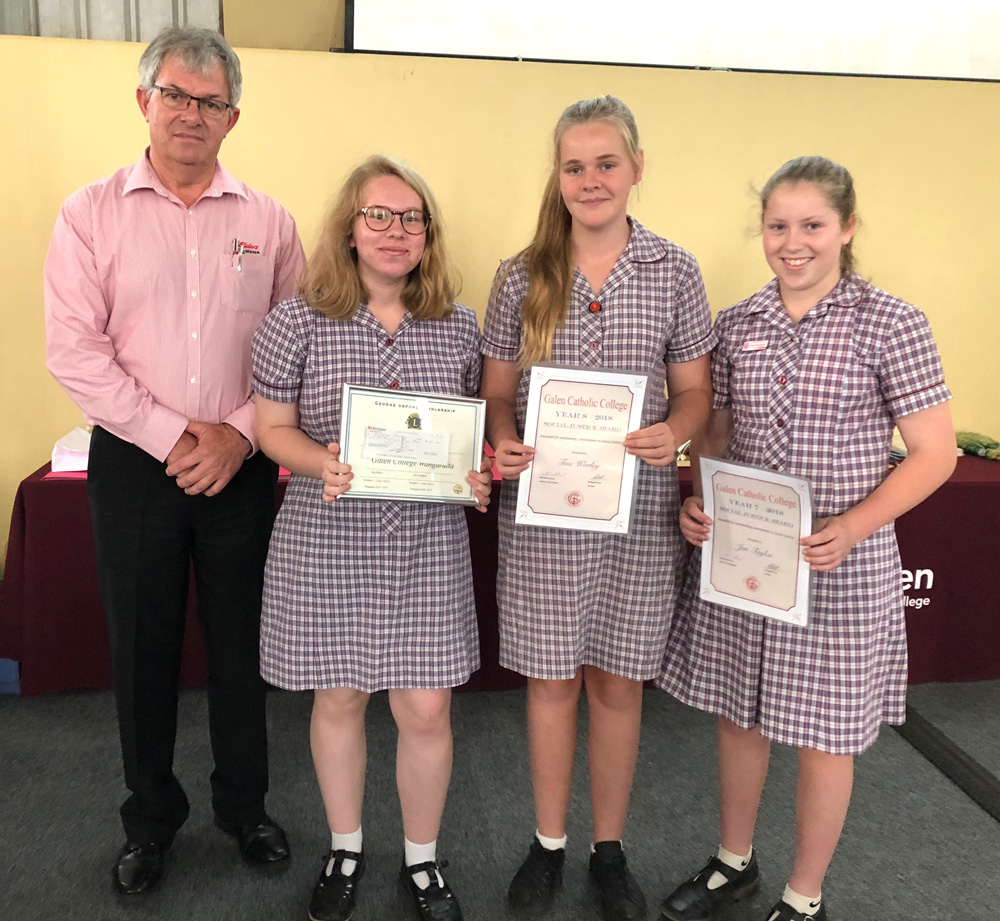 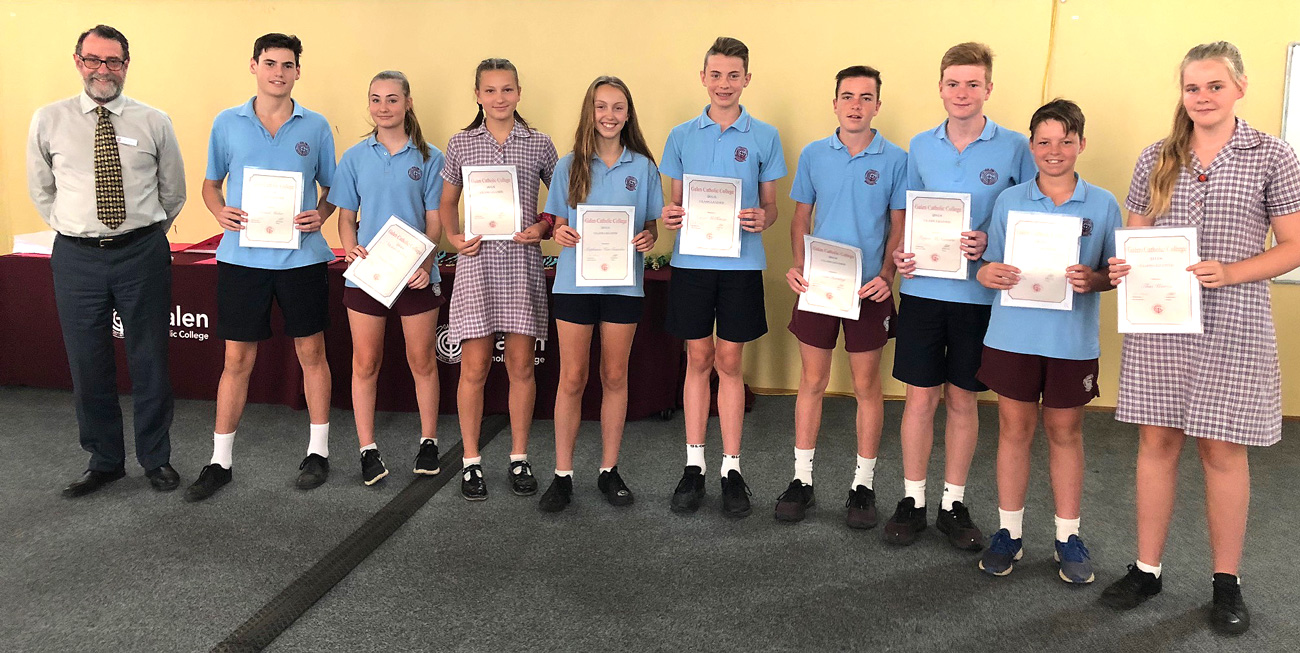 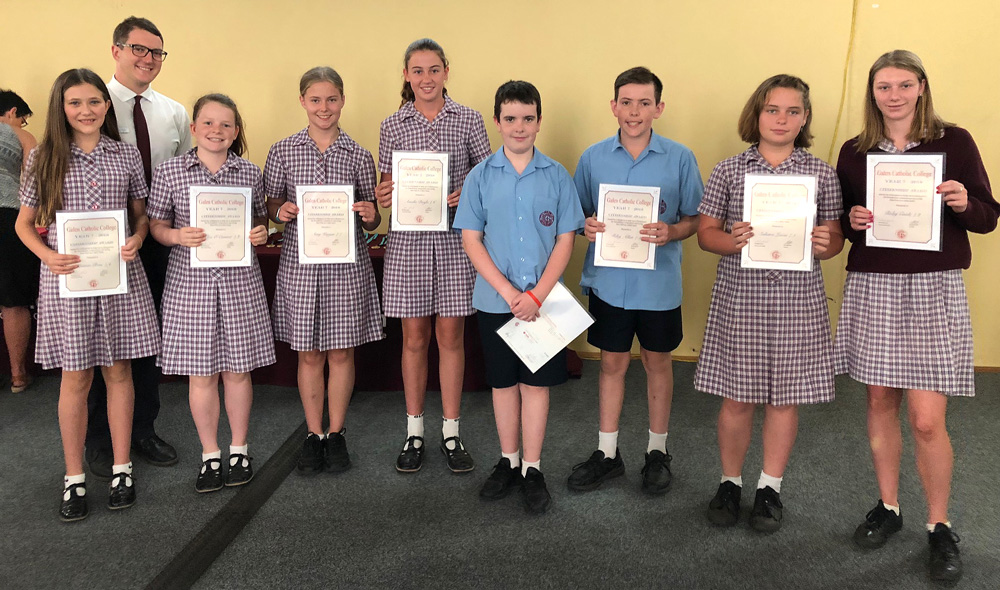 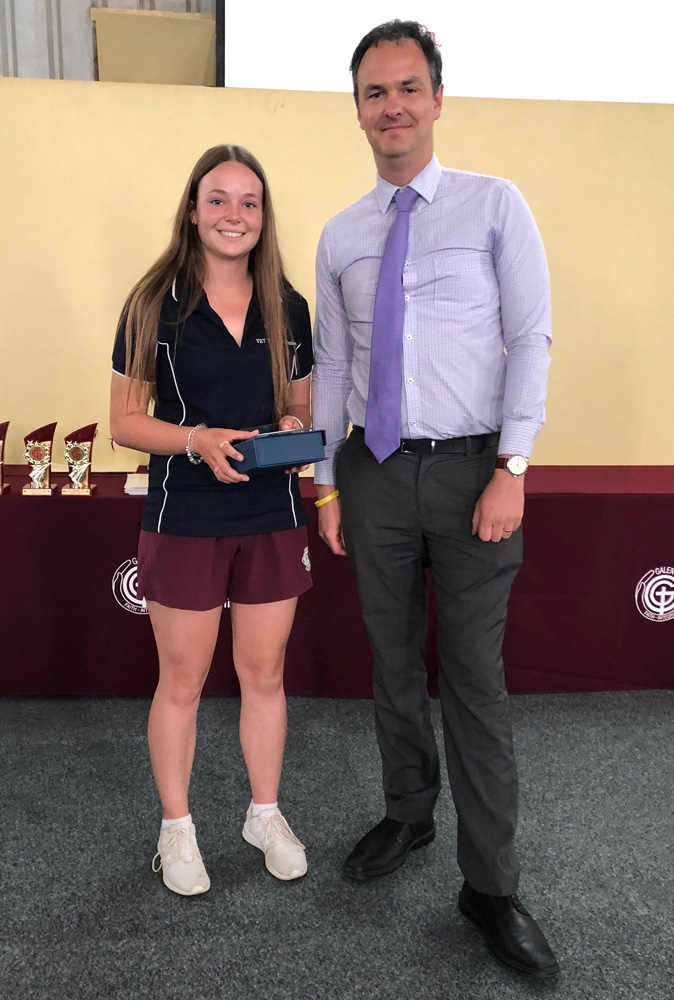 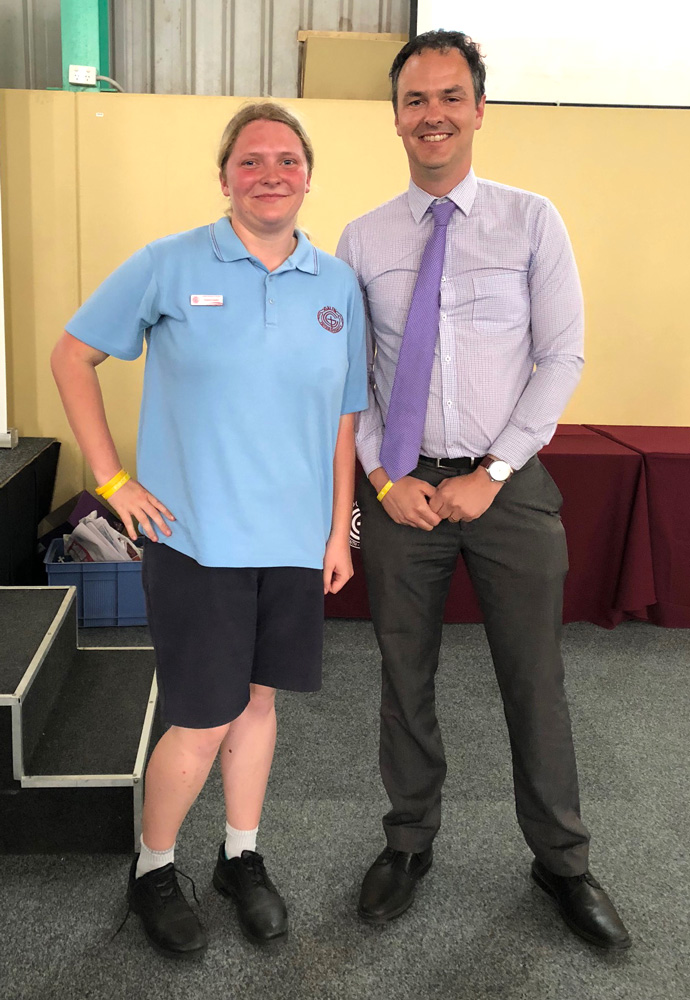 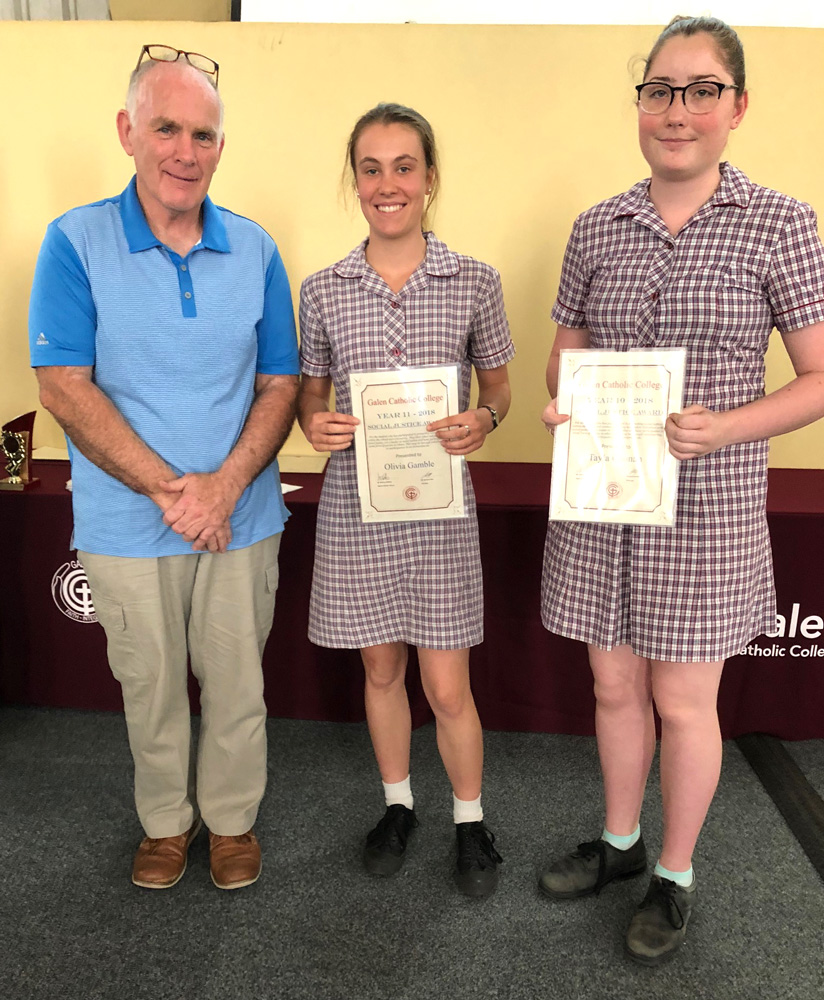 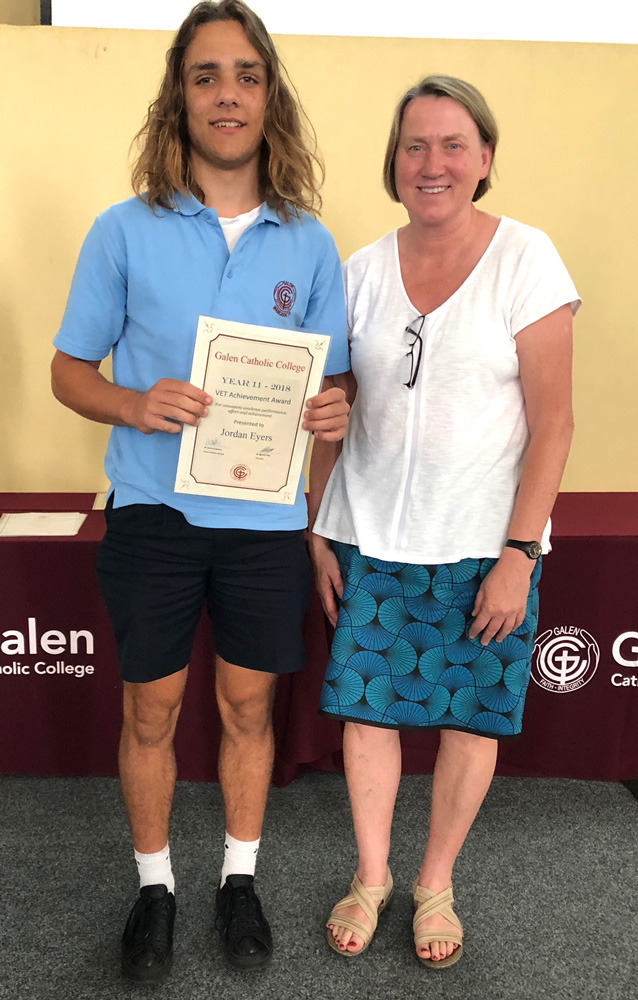 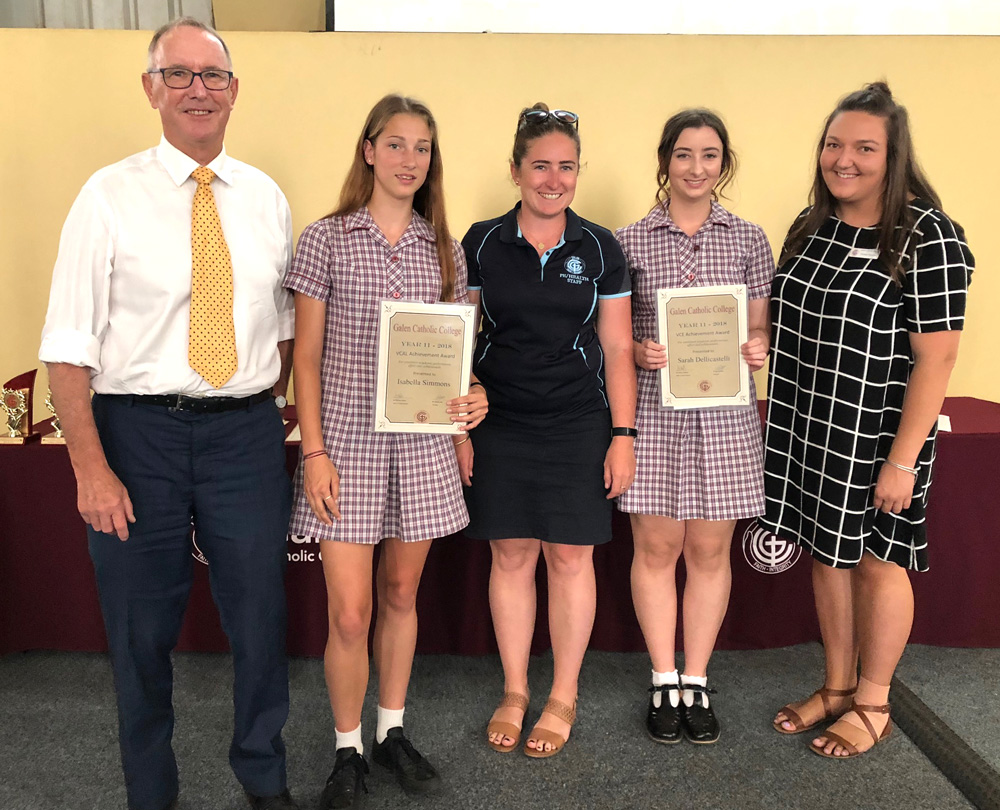 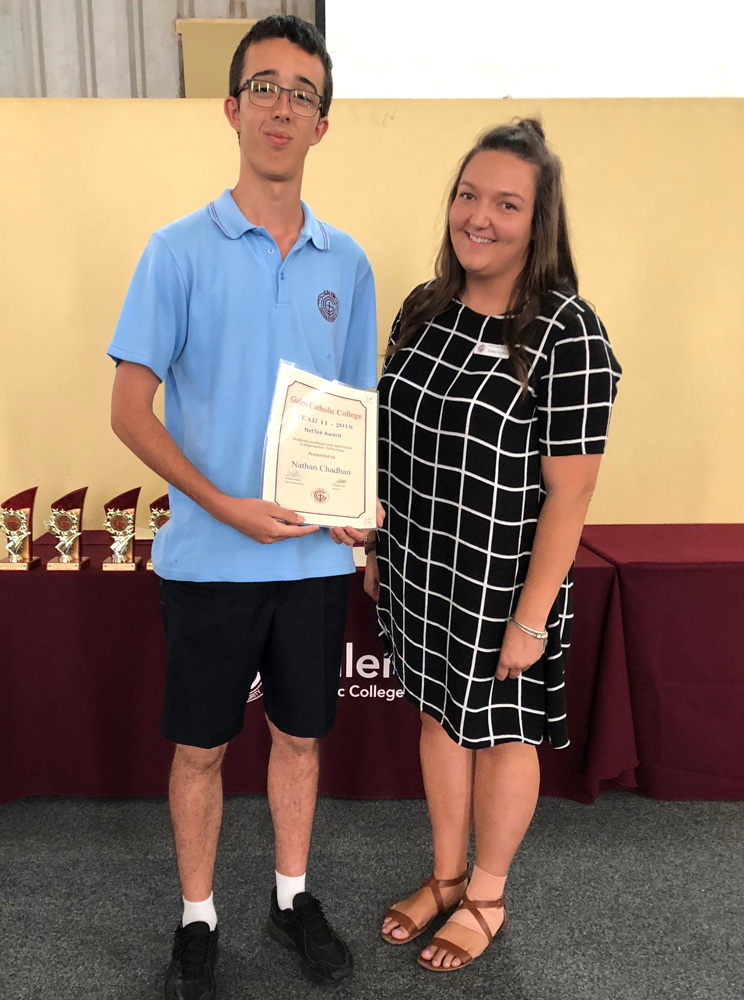 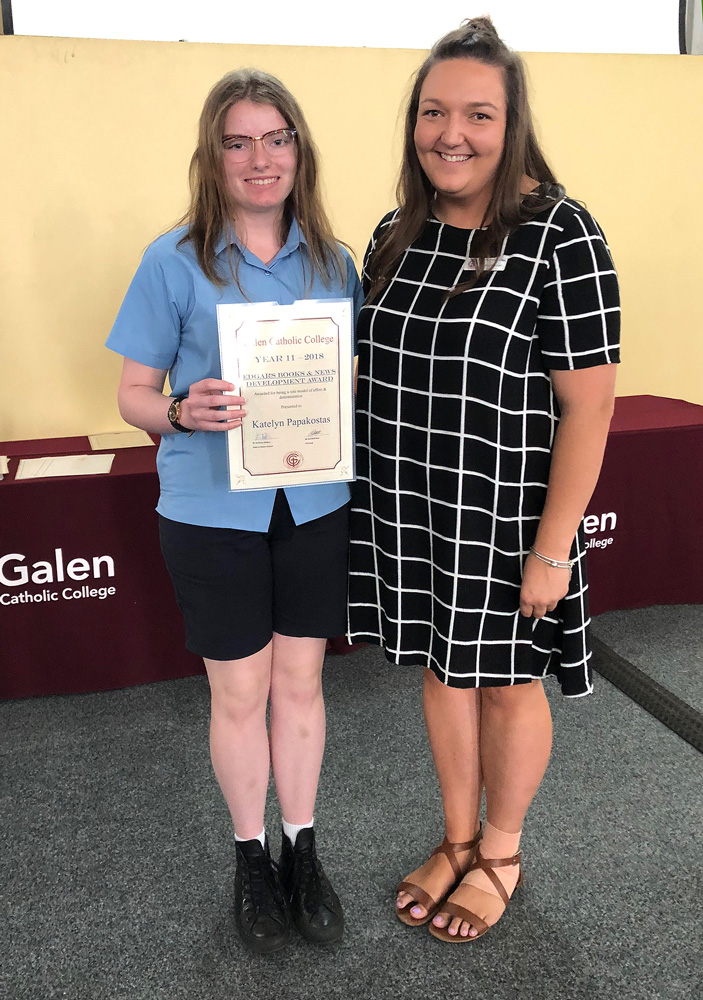 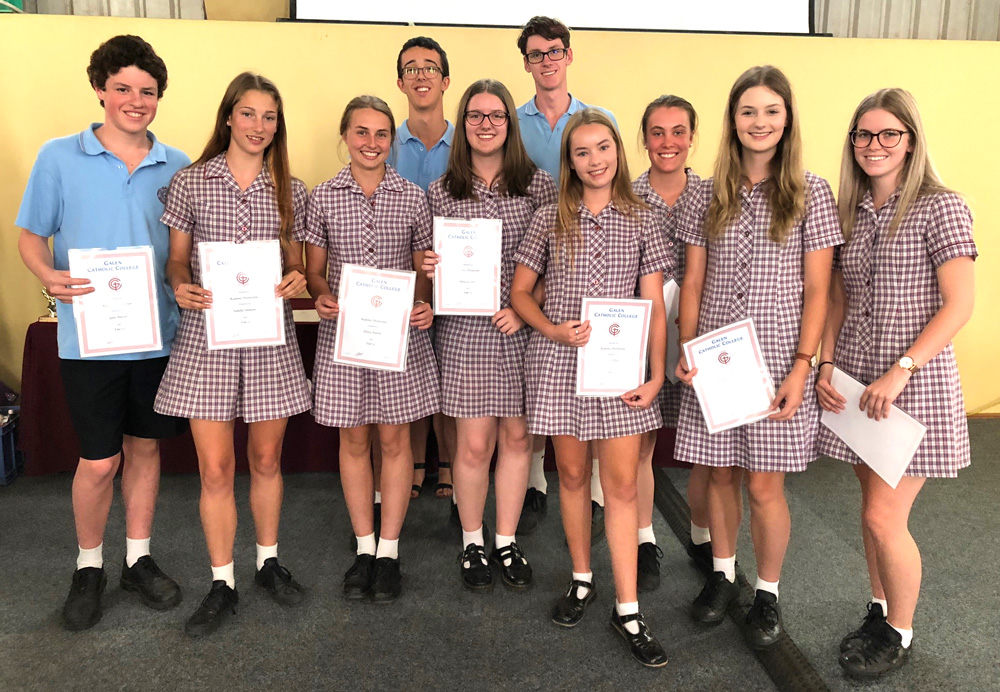 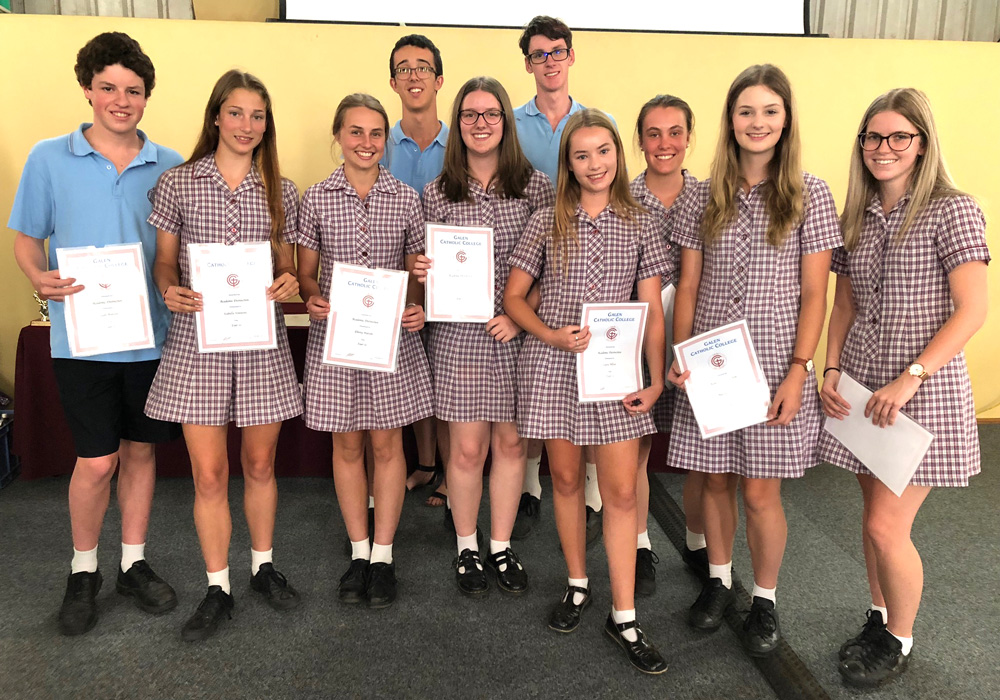 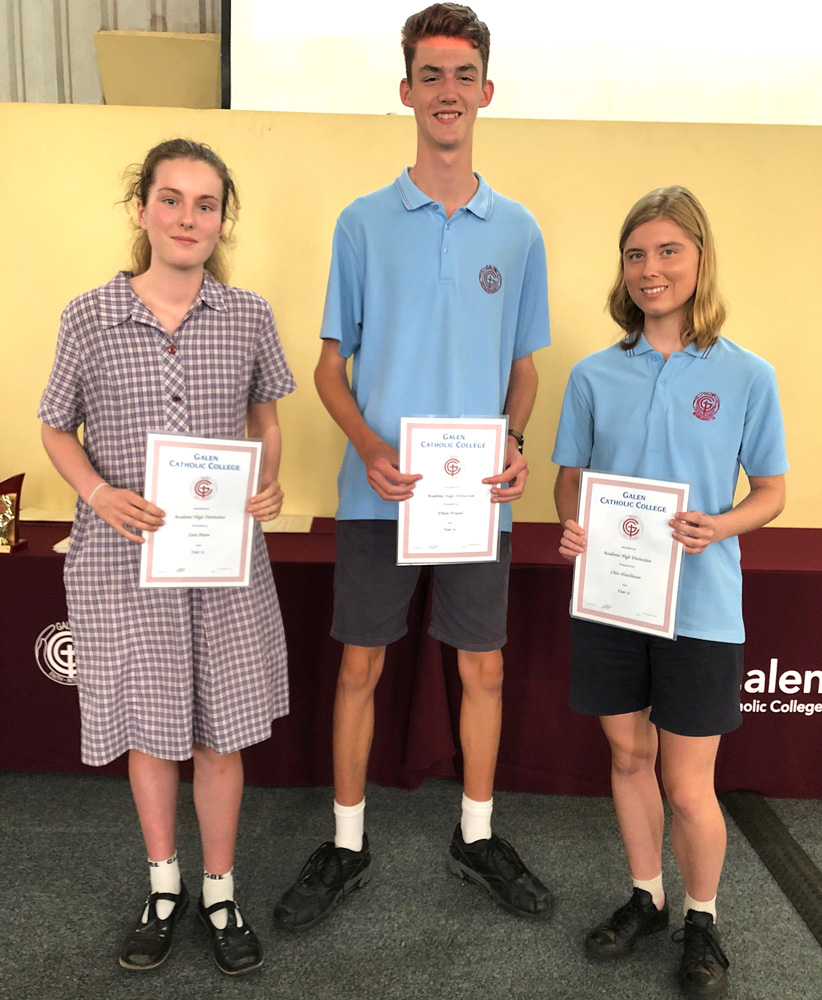 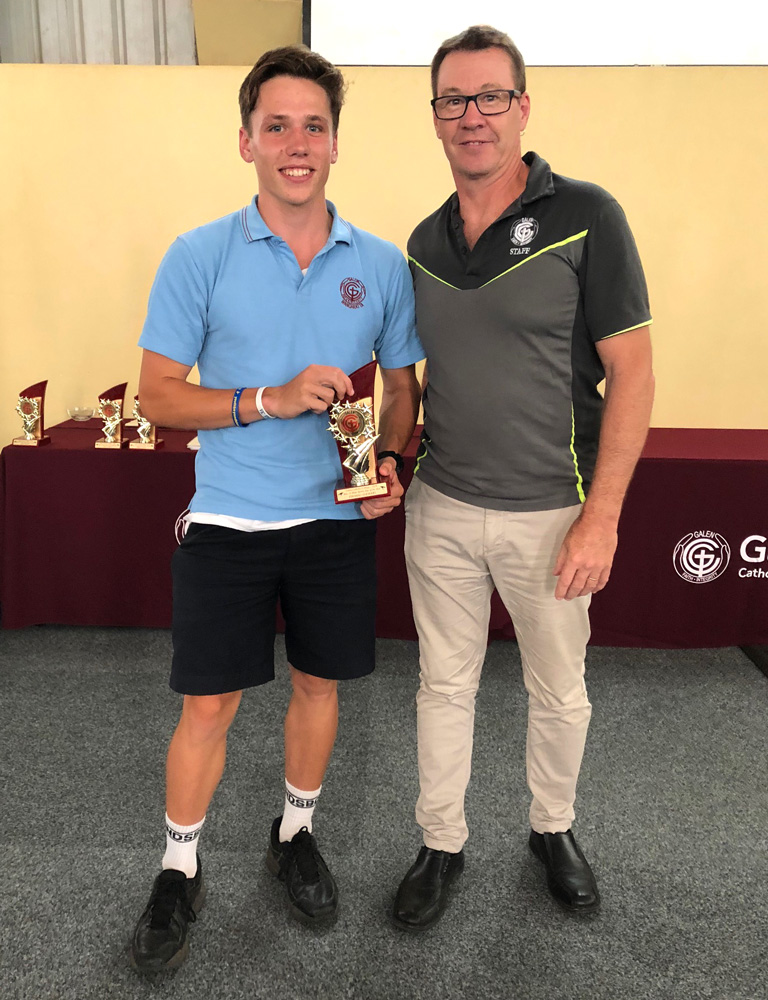 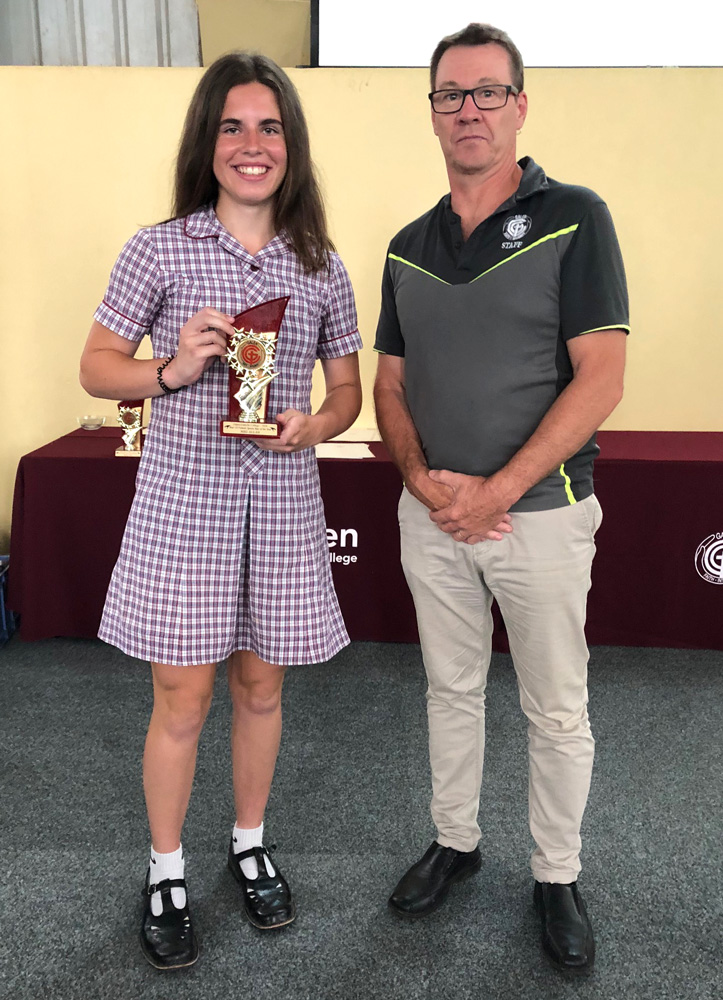 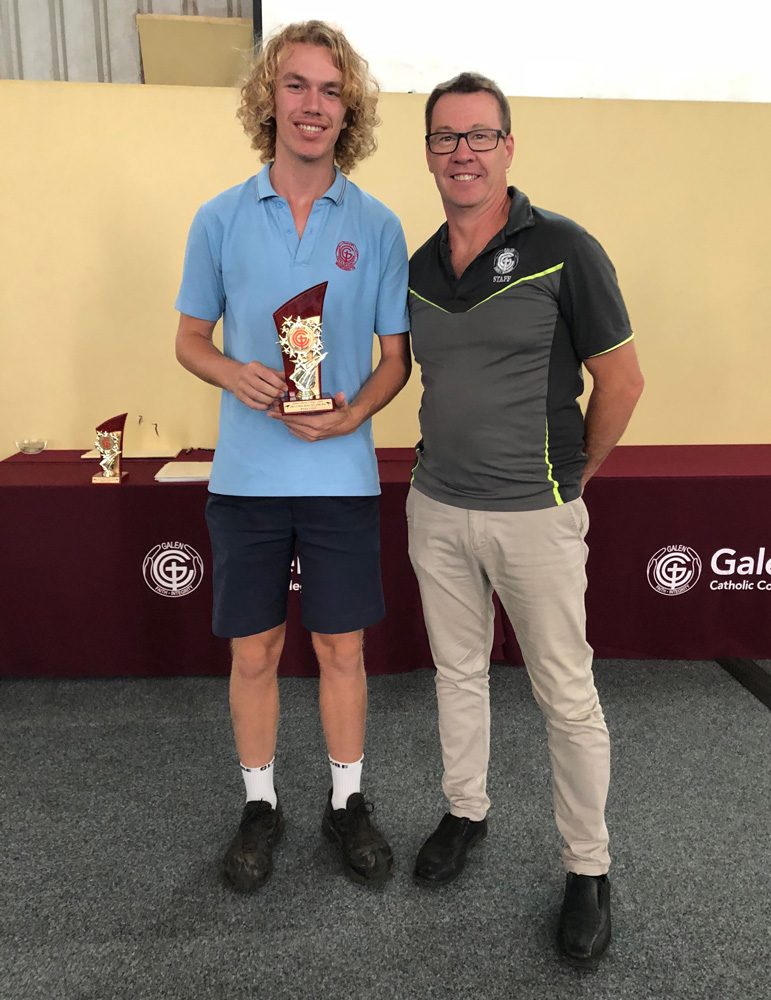 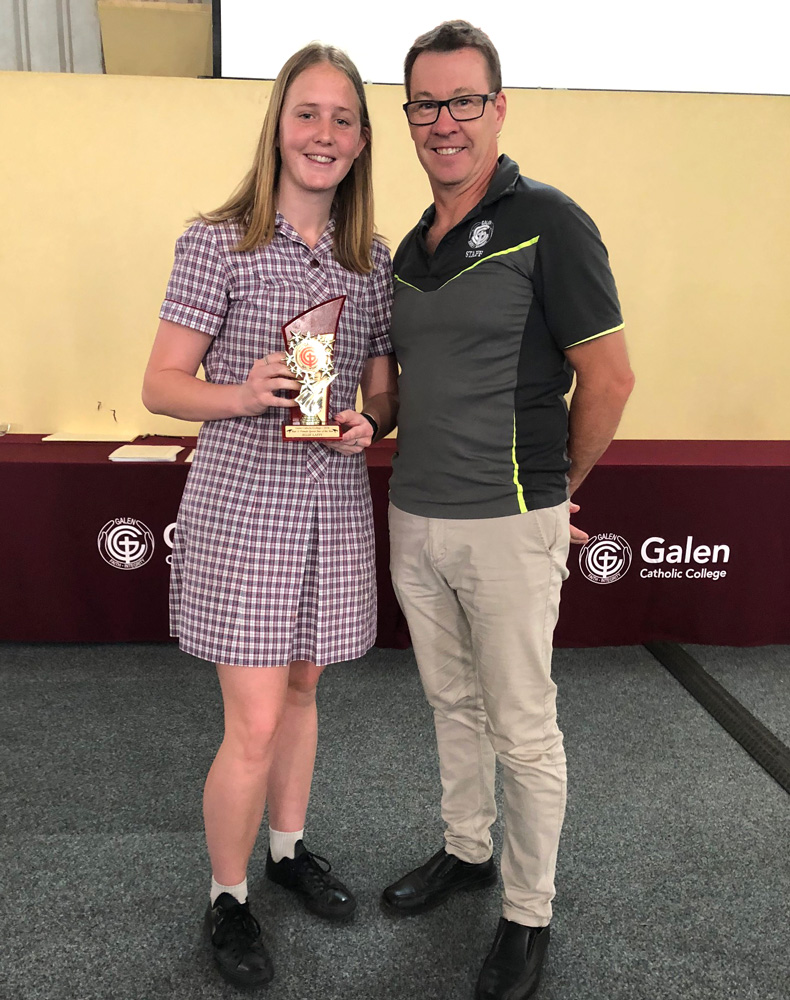 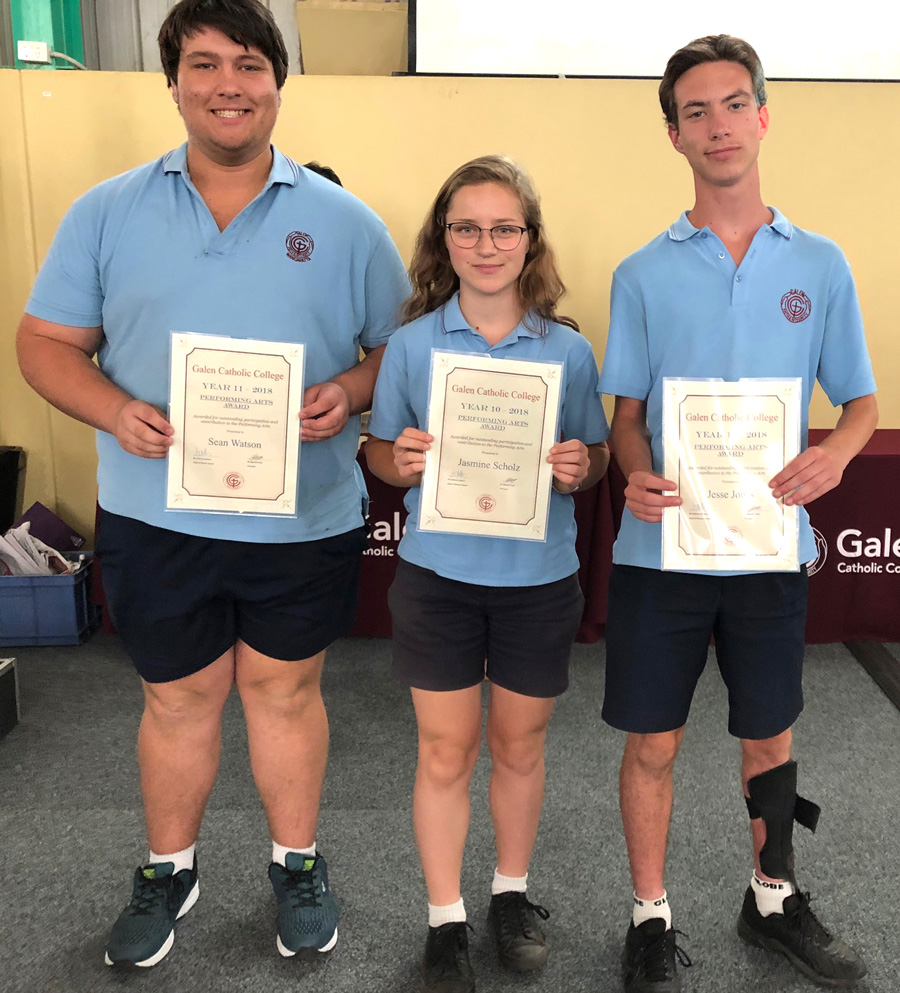 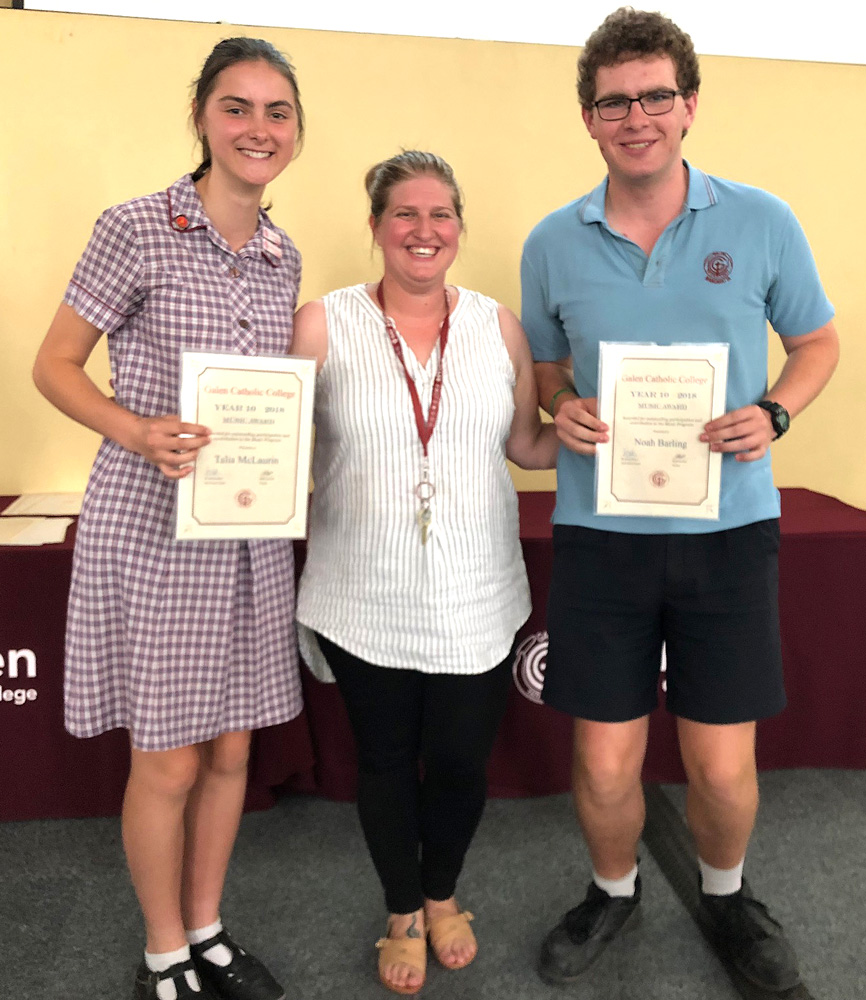 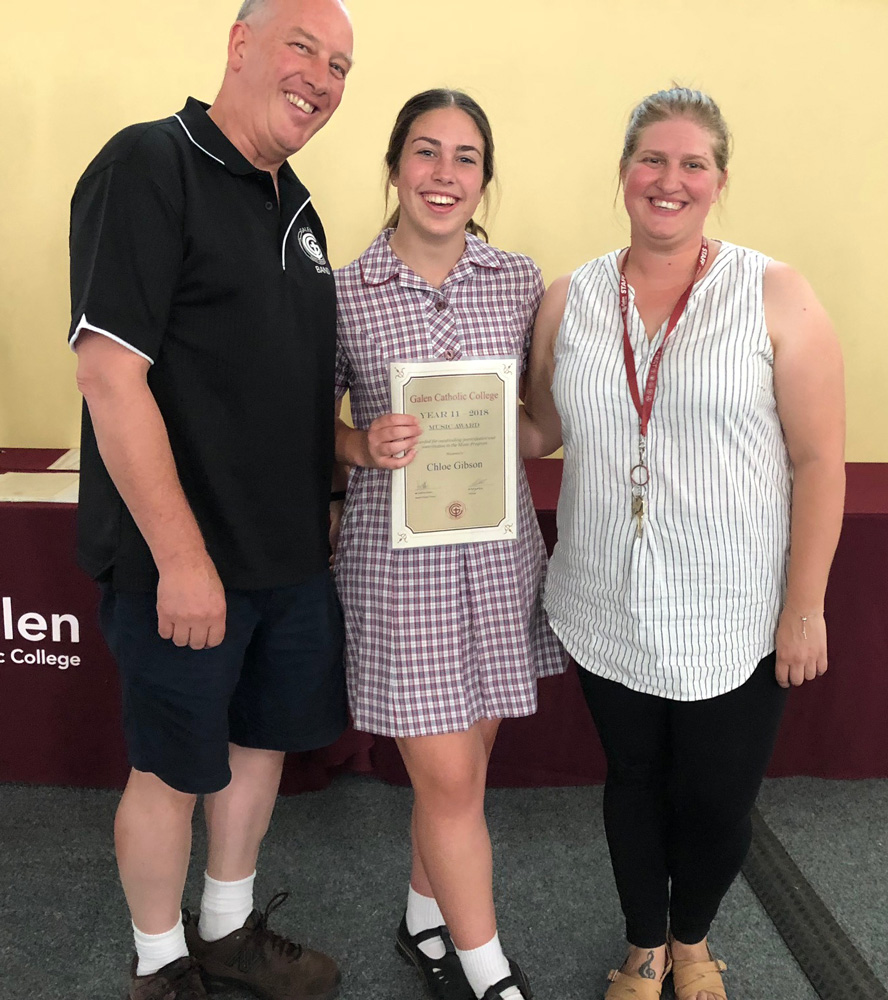 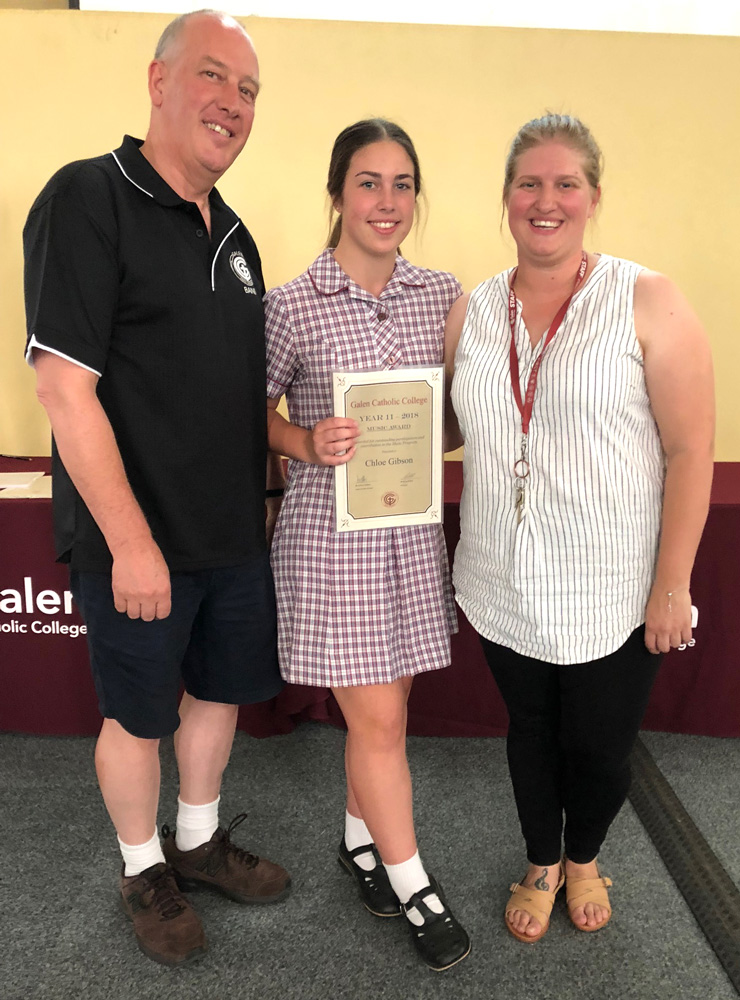 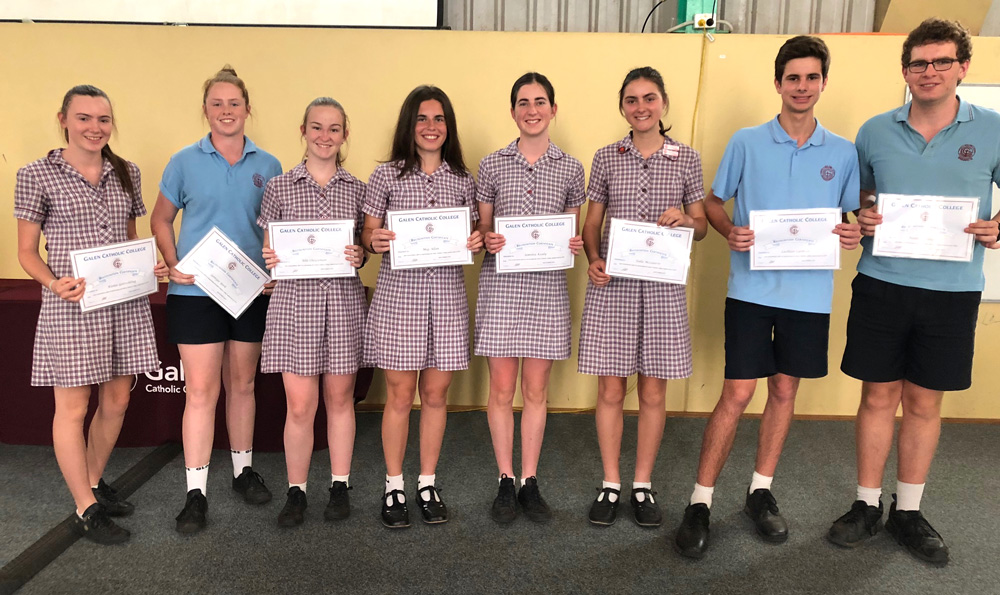 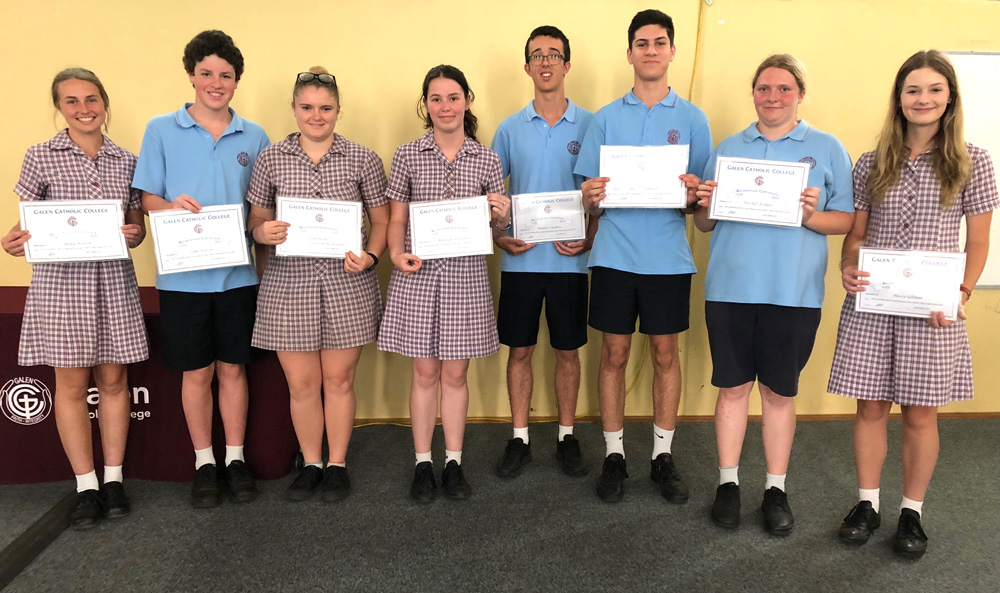 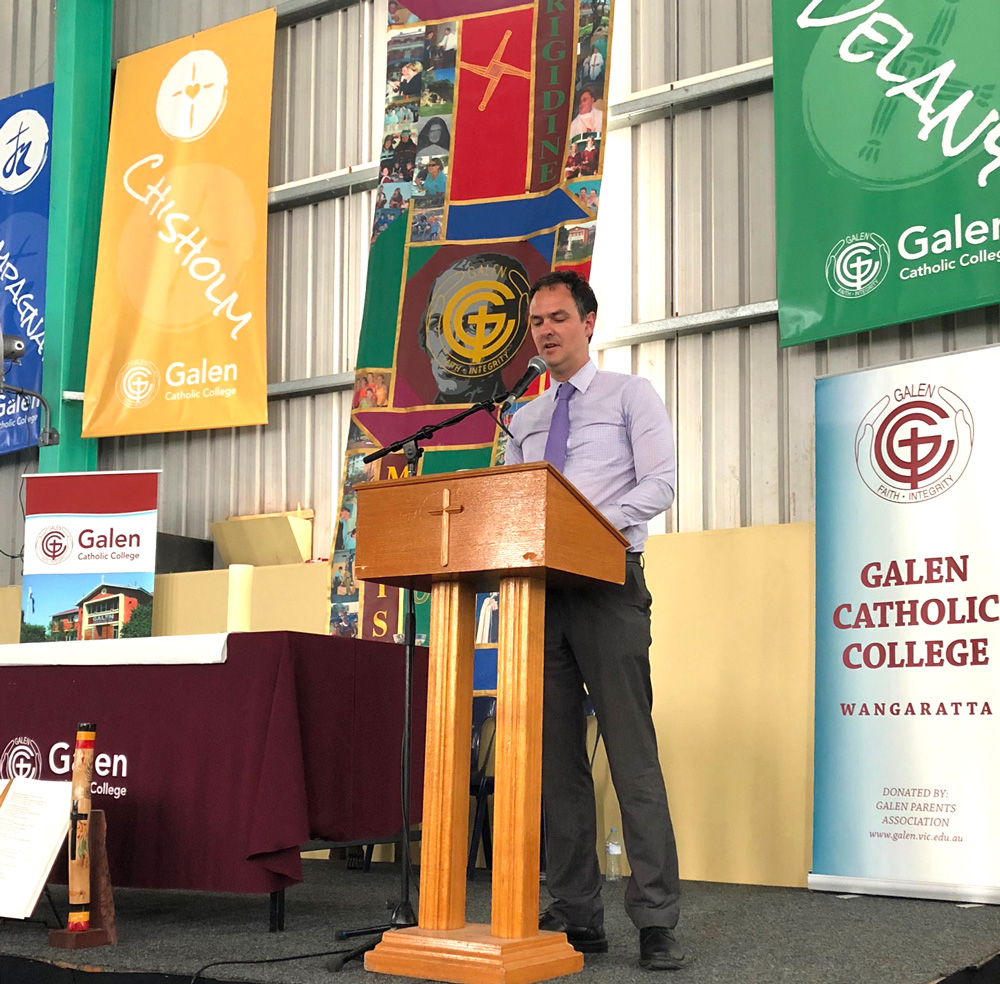 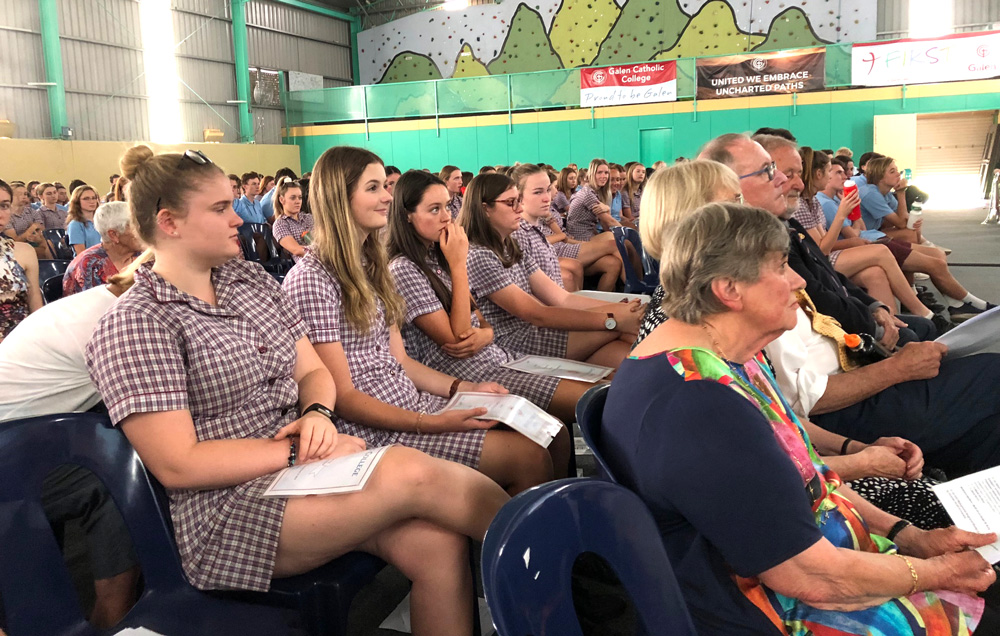