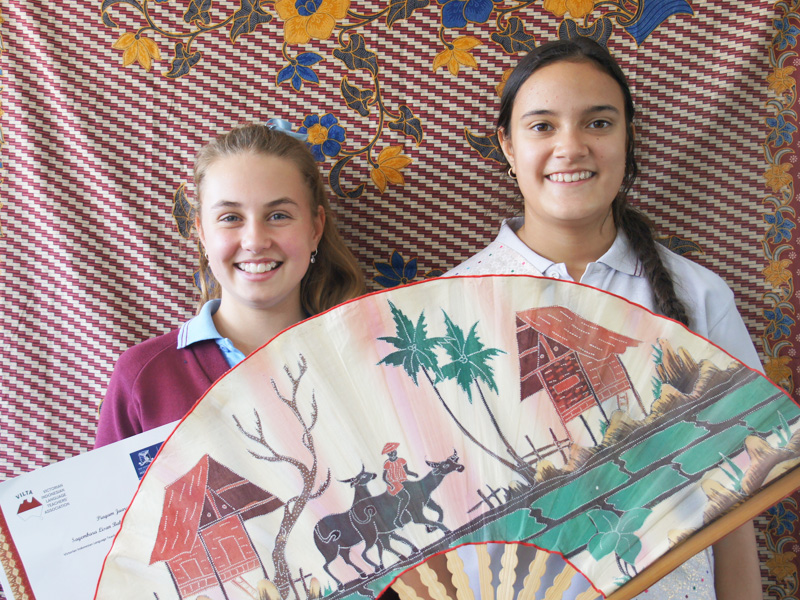 The group had previously competed in the Regional Competition amongst students from the Wangaratta District, in order to earn a place in the Statewide Competition. The students practised consistently at recess, lunch and class time in the lead up to the Statewide competition.

This experience was a very rewarding yet but also quite nerve-wracking for the students who competed. The students were required to talk to an Indonesian teacher from another school, discussing general questions about their school, friends and family. Following this, they each recited a short speech about their friends, family or pets. Then they needed to answer a series of unrehearsed questions regarding the topic they had previously spoken about.

On behalf of Galen Catholic College, we would like to congratulate the students who were selected for the State Competition for their outstanding efforts in preparing for and participating in the competition. Furthermore, the following students received a placing in the Victorian Statewide Sayembara Lisan Competition.

This is a tremendous effort considering some students were competing against students with Indonesian heritage and some of the Year 7 students have only been learning Indonesian for 6 months. I would also like to thank our Term 2 language assistant, Amy Zeuschner, who assisted the Year 7 participants in their preparation for the competition.

Both Teresa and Ebony attended an awards ceremony at the University of Melbourne, in the Elisabeth Murdoch Theatre on Friday 15th July. A representative from the Indonesian consulate in Melbourne presented them with their certificates and prizes.